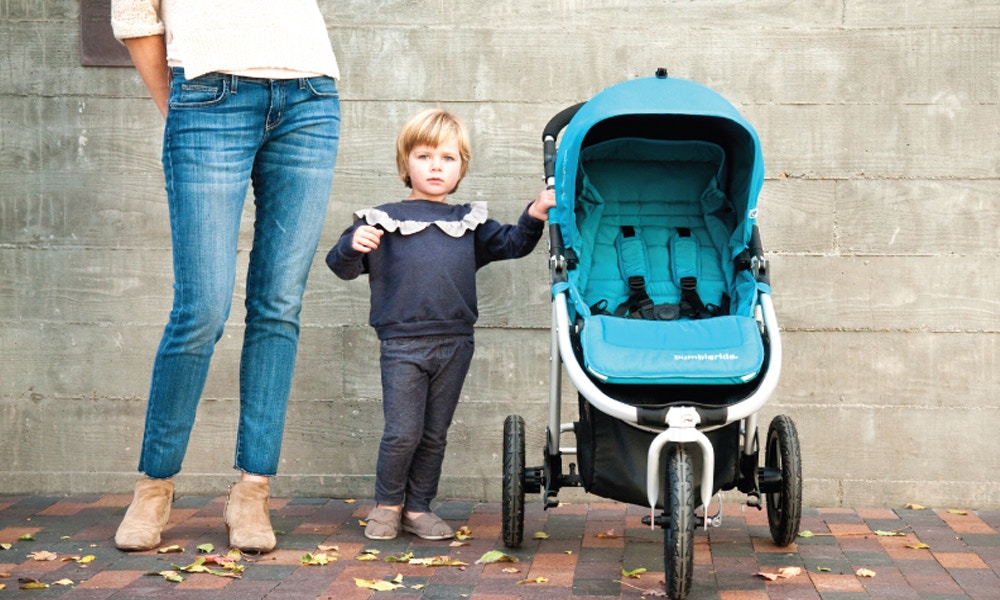 As an active mum to three kids under five, I have a few necessities in life. A good pair of trainers, lots of spare hair ties and a good, sturdy pram.

I've never been one to participate in the “latest brand” equipment. For me, if it's practical, it's got my vote.

Now I've taken a couple of prams through their paces over the last five years and they have served their purpose well. My prams need to be light, easy to manoeuvre and have three wheels. (I love to run!)

The pram choices out there are endless and to be honest as a first time mum back in 2009, it got a little overwhelming. My recommendation would be to read reviews from real life mum's who have tried and tested different prams as you can often be left disappointed if you purchase off the showroom floor.

Speaking of reviews, I was asked to review the Bumbleride pram last week and have had one in my possession for the last few days. Just quietly, I don't want to give it back because I absolutely love it but I do so I'll just share with you why I think it's so awesome.

It arrived all boxed up on the weekend and when things are all boxed up and I know I have to put them together, I get a little stressed (Okay, a lot stressed!). This is coming from someone who can't even put together a toy from the inside of a Kinder Surprise.

As I pulled out what I thought would be hundreds of plastic bags, it turned out to be only a few. I began to believe that I could probably actually do this and I was right!. With just a few clicks, the pram was ready to go. It was that easy.

Now for the test drive. The kids and I spend most mornings doing a 4km loop around Bayside in Melbourne (via a coffee stop of course). With little sleep the night before, I was excited to be using my red Bumbleride as a diversion from my dreary, red eyes. It's a really classy looking pram.

One of the issues I have always had with my prams has been the brakes. They work, just a little too well. I have always had to use my hand to lift the lever to release the brake and it is incredibly frustrating. The Bumbleride requires a simple press down of the foot on the brake and the pram is not going anywhere. To release, simple lift once again with the foot and away you go. It's not rocket science I know, it was just a pleasant surprise to have an easy to use function.

The ride itself was incredibly smooth. I did some walking and some jogging and felt very comfortable doing both. The pram itself is much lighter than it looks and therefore makes the trip that much more enjoyable.

It appears that my 5 month old also enjoyed the pram. He was sound asleep within 10 minutes of our journey. There are a couple of clips at the front that convert the seat into a bassinet like seat. Any wonder my little one fell asleep so quickly.

I absolutely love love love the oversize canopy as it acts as a great sun shade. The storage compartment underneath is large and fits more than you think. Like those visits to the supermarket when you need only milk and leave the store with 4 bags. Yes, that really happened on our walk and with the Bumbleride, the extra cargo was not a problem.

The hubster also got to have a go of the Bumbleride. As he was placing it into the boot of the car, he shouted, “Geez this is really light compared to our other prams isn't it?”. The pram is only 9kgs. As I was writing this I asked him what he thought of the pram. In his words he replied,

“It packs up really compact, it's easy to move, easy to store, easy to handle. I'd trade it in for our old pram any day”.

I test drove the Bumbleride on the pavement, along the beach trail, at various parks along the grass and I found it to be very versatile. There is a cool little pocket at the front that stores your spare change or sunnies or in my case, my phone. A woman's phone always needs to be accessible right?

If I was to rate the pram out of 10, I would have to give it a 9. My only minor critique would be the rubber on the handle of the pram doesn't go all the way across. There is a small section cut out in the middle to make room for the strap which means that you either have to hold either the left or the right hand side and not have your hand placed in the centre.

The Bumbleride Indie definitely gets the thumbs up from me. 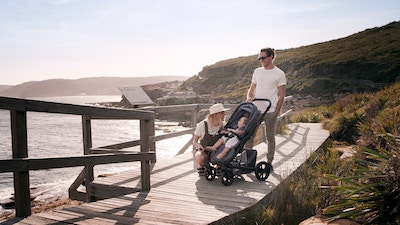 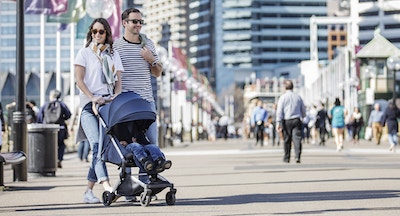 Introducing the ultra-compact SKIP by Redsbaby

Compact, nimble and featherweight the Redsbaby SKIP is the perfect stroller for the family on the move.... 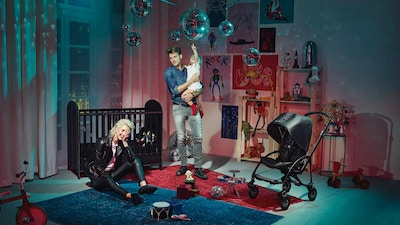 The New Bugaboo by Diesel Rock

The 3rd release from Bugaboo by Diesel is here, introducing the new Bugaboo Bee3 by Diesel Rock. Read on and shop the latest limited edition now...