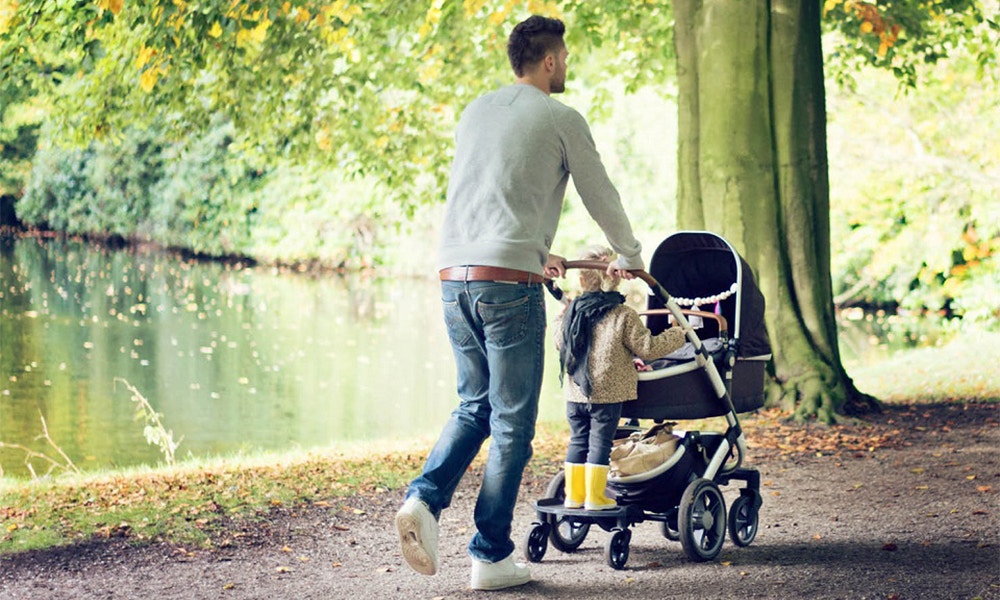 The Joolz Geo is a versatile pram with several configurations - perfect for multiple children.

There’s something special about purchasing a pram. It creates a buzz and excitement about the arrival of your newborn baby. It’s fair to say that I was hit with a big dose of reality when I had to pick out my duo pram. With the thought of me scooting around with a newborn and toddler, that feeling of “ok this is really happening” certainly kicked in.

I felt a bit of pressure. It was really important to me that I chose the right pram for our growing family, and to be honest there are so many prams to choose from that it can get a little overwhelming.

In my experience, before you start looking at prams it is a good idea to write down a list of things you find important. For me, the most important factors to consider are safety, size, durability as well as how easy it is to steer and pack down. With all of these factors in mind I decided on the Joolz Geo Pram, which I had first seen at the TiniTrader ‘Out & About Event’.

The Joolz Geo pram offers three configurations, remaining extremely manageable and easy to maneuver no matter which configuration you choose.

The Joolz Geo Mono can be converted from a cot to an adjustable seat with spacious underneath basket storage. RRP $1,699.

The Joolz Geo Duo is the perfect pram for an expanding family. A great investment if you plan to use it as a solo pushchair with extra storage for your first baby, the Duo pram is then easily converted to a double when your second arrives (rather than buying a single and then a double pram). When it is time and your newborn has arrived you use the carrycot initially, and then the seat from six months. The pushchair can be used from newborn up to 17kg. RRP $2,099

The Joolz Geo Twin is for a family with twins. I found the bottom cot was mostly covered by the top, so access to the below newborn seemed a little tricky. The seats were fine just the bottom cot looked a little cramped.
RRP $2,259

Personally, if I had twins, I would opt for something like the Bugaboo Donkey Twin as both babies are up high and easy to view and access at all times.

Here are a few pros and cons to help you decide whether the Joolz Geo is the pram for you:

One worry I did have about the Joolz Geo Duo, as with the twin pram, was the limited space between the two seats. If your toddler is napping while the baby below wants to sit up, their view is fairly limited. I did a bit of research into see if anyone else had found this to be an issue and came across a blog review from a mum that uses the Joolz Geo Duo with both her children. She had written:
“I was worried I might have to remove the upper seat in order to slide my toddler into the lower seat but actually it was fine. It's not as big as the main seat but she still had plenty of room.”

Whether you’re first time parents hoping to eventually expand or a growing family with another one on the way, The Joolz Geo Duo pram is a great investment. The stylish design comes with a beautiful fabric that can be removed and washed and the leather detailing on the bumper and handle give the design a luxury feel. All this plus more makes the Joolz Geo Duo well worth its price tag. 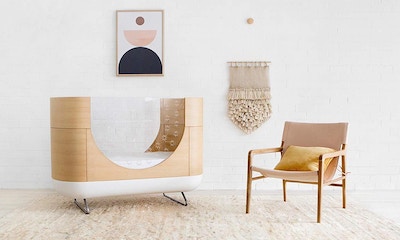 We’ve rounded up our favourite cots from Australia’s leading brands to help you find the perfect cot for you and your new bub. ... 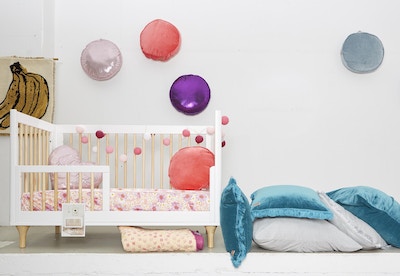 Make the transition from cot to toddler bed easy, stylish and affordable with our top eight convertible cot picks!... 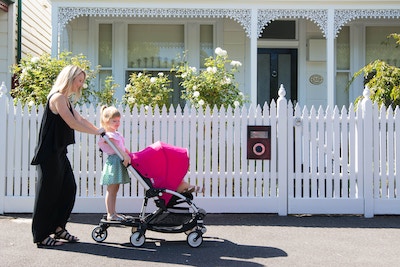 My first stroller – the Bugaboo Bee

When I was pregnant with my first baby a good friend of mine said the hardest thing we'd have to do, apart from choosing a name, is choose a stroller. ...